Originally envisioned by graduate student Ryan Gravel in his thesis in the 1990s, Atlanta’s Beltline Trail is now an official part of Atlanta.

The Beltline Trail is finally coming to full circle, being completed one section at a time. Converting old railroad tracks that were once the center of the city’s sustenance, the Atlanta Beltline is now 33 miles long and connects over 45 neighborhoods. Intended as a multi-use trail, it’s been envisioned to attract walkers, runners, bicyclists, and hikers, – noting that only parts of the trail are now paved, but all parts are passable. Novare Events is excited that their newest special events venue will be located on the Westside Beltline Trail! 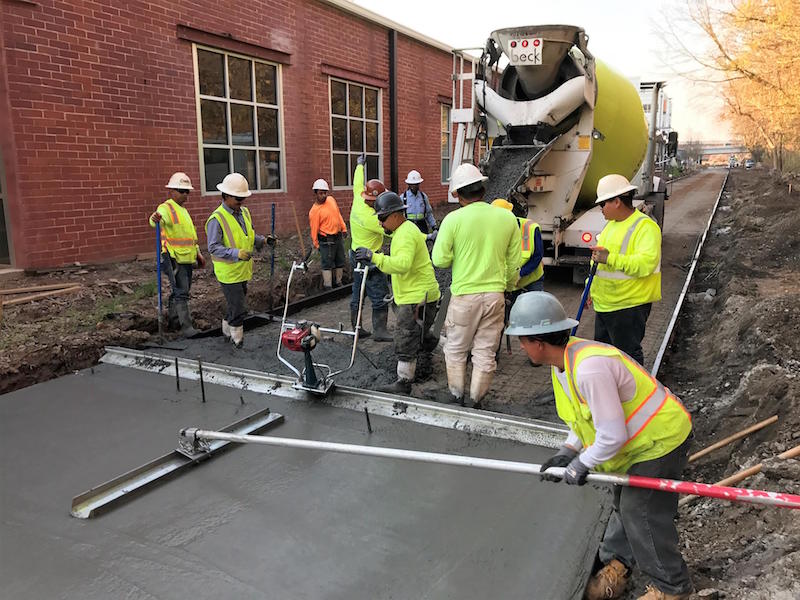 The Westside Trail is actually the first part of the Beltline Trail to be completed. Installed in two sections, it starts at a place that was once called Whitehall, the earliest vestiges of Atlanta. It was once a mere trolley stop and the beginnings of the railroad, but now the location holds the honor of being Mile 0, the place where the Atlanta Beltline first became a reality.

Extending from White Street to Westview Cemetery, this section of the trail extends some 2.2 miles and ties into the historic West End, Westview, Mosley Park, and several other West Atlanta neighborhoods. The first part of the Beltline Trail features the Beltline Arboretum where hundreds of trees were planted by Trees Atlanta.

There is much to be a part of by enjoying the Beltline. It features green spaces and natural wild views, there are murals and public art installations to enjoy as well. The land that the trail runs over and beside has a great history. As noted above, the Westside Trail is actually the first section of the trail to be built and its 2.3 miles offers incredible opportunities for development.

To understand the potential of the Westside trail, consider first what has been done on other sections of the trail. Consider the Ponce City Market on the Northeast trail, for example. According to the Atlanta Journal and Constitution, the area was originally plowed and cultivated as Ponce de Leon Springs in the late 1860s. Since then, it has undergone many changes. In the twentieth century, it was a popular amusement park and the backdrop for Atlanta’s historical baseball teams, the Atlanta Crackers and the Black Crackers.

In the later twentieth century, the Springs became the “South’s train-stop headquarters for Sears, Roebuck & Co.”. Now, that old development has being converted into open space markets, offices, and high-scale apartments. This is all complimented by the rooftop Skyline Amusement Park and beer garden and all of that is complimented by the Beltline Trail.

Given the success enjoyed by other sections of the Beltline Trail, the sky is the limit for what Novare Events may accomplish with hosting events on the west side. The Fairmont venue is on track to open in Fall of 2017. If you’re interested in touring or inquiring about availability for a future event at The Fairmont CLICK HERE to connect with the Novare Events team.

ABOUT THE ATLANTA BELTLINE PROJECT
The Atlanta BeltLine is the most comprehensive transportation and economic development effort ever undertaken in the City of Atlanta and among the largest, most wide-ranging urban redevelopment programs currently underway in the United States. The Atlanta BeltLine is a sustainable redevelopment project that is transforming the city. It will ultimately connect 45 intown neighborhoods via a 22-mile loop of multi-use trails, modern streetcar, and parks – all based on railroad corridors that formerly encircled Atlanta. When completed, it will provide first and last mile connectivity for regional transportation initiatives and put Atlanta on a path to 21st century economic growth and sustainability. Learn more by visiting online at https://beltline.org/about/the-atlanta-beltline-project.